Of all the artistic mediums that I’ve tried, only one has stuck with me as something that I truly love: photography. I love photography. I also have an immense appreciation for film. And now, I’m going to delve into why that is, and maybe it will spark an interest in someone new!

I first got into photography in high-school. Like many things in my life, I got the idea to try out photography from my older brother. I often followed my brother’s footsteps, though I’ve never excelled at any one thing quite as well as he had. Ah, well, that is something I can live with, because so many of these things have brought me so much joy and satisfaction. I picked up a few hobbies due to my brother: percussion, BMX, my early preferences in music, the Zelda series, the list goes on… But I don’t think any of them have stuck with me quite as much as photography has.

“It is difficult to pick up my camera to shoot a scene and not think of that.

This puts a lot of personal and nostalgic weight on the medium for me. It’s something that I attribute to my past and to my relationship with my brother. It is difficult to pick up my camera to shoot a scene and not think of that. It’s small but it’s one aspect of the medium that’s continued to draw me back.

It’s also one of the few mediums I’ve gotten to be half-way decent at, and one that didn’t require hours upon hours of physically and emotionally draining work to feel confident at (percussion or drawing can certainly have their moments). I always wanted to be creative-I wanted to be an artist as a child-and photography is a creative outlet that has clicked with me and doesn’t require putting in the hours of a second job.

The idea of photography is also utterly fascinating to me. No other medium lets us snatch up a moment of reality, of time, and preserve it like photography does. There is a lot of power in that. In my junior year, I wrote a response to Susan Sontag’s On Photography, a fabulous exploration of the meaning and potential consequences of photography, and its increasing accessibility over time. If you’d like to read my response, it can be found here. I recommend reading the book first, however.

One more reason I am fascinated by photography is that it, like many creative mediums, is consequential. It is meaningful. And it is these things without having to be “good.” An image holds a lot of weight, even if it is just a snap that you’ve thrown on to Facebook. You have literally captured a moment of time and archived it. You’ve preserved your perspective of something and shown it to all else to see as you’ve seen it. It is incredibly intimate and can quickly be seen as invasive. This way of quickly and easily documenting time and reality is incredible and unprecedented in the majority of human history.

So that’s a bit about why I love photography so much, but why film? What is it about that old, outdated model of taking photos that appeals to me?

The main answer you’d probably hear to that question is that film has a certain amount of nostalgia to it. The photos just ooze 1970’s. This is certainly true, but I think it’s more than that.

I grew up around film, and yet my first few years of taking photos were all digital. Film is interesting to me partially because it’s a bit foreign. It’s kind of new, and it seems it’s taking longer for it to lose that feel. 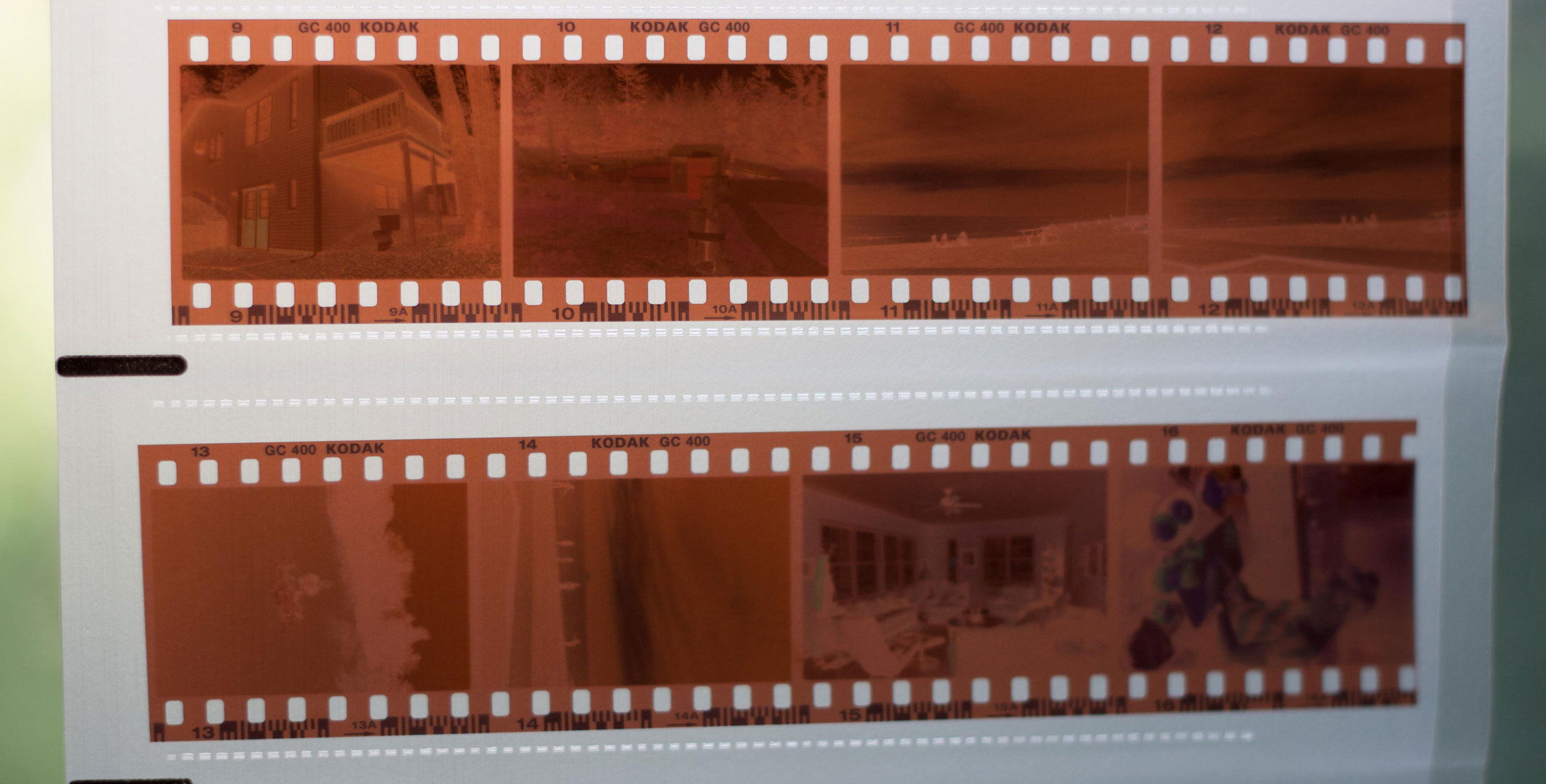 Now, because I grew up around film, there is a bit of nostalgia around it. But it’s not usually the images that create that for me, it’s the film itself. I would often go with my mother to drop off or pick up the film from the last few weeks of photos. It was a fun experience, and I guess it still is (though, I go on my own and take my own photos these days).

Another reason I like film is due to its tangibility. It’s nice to load and unload the film. It’s fun to look at the little images on the negatives you get back from the lab. The cameras are more of an experience to use, too. My Canon AE-1 requires shooting in manual. Its body is metal, the mechanics are heavy and audible. The sound of that shutter, or the film advancing, is so satisfying! You could make an argument that using a “better,” digital, camera will allow you to take better photographs by removing itself from between you and your subject. Its strength is largely in its ease of use. However, there’s something so much more substantial about using something a little chunky, a little cumbersome.

One more aspect of shooting film that digital can’t provide is time. Between loading a roll of film, shooting it (you should be taking your time with your shots, as you have far fewer with film), unloading it, and finally, developing it, there’s a lot of time that goes into far fewer shots. There’s something nice about that. Slowing down a bit. Focusing on what you’re doing to make sure your exposures are good and your image is in focus. The anticipation when waiting to get your film back from the lab. It all adds up to a much more interesting and exciting experience.

“Time, cost, sometimes frustration, these all mean I am more intentional about taking photos…

To sum up all those things into one overall reason that I love film: it is intentional. Time, cost, sometimes frustration, these all mean I am more intentional abut taking photos. It makes me slow down and think about what I’m doing, and I really like that. I have to do most things fast. I’m always trying to be more productive, more efficient, but film helps me get away from the hectic tendencies of day-to-day life. That’s part of why I’ve started using fountain pens, started writing by hand again, ride my bike more (when I’m not being lazy), etc. As the number of things I need to do each day goes up, I have to find joy and peace in doing those things. Film let’s me enjoy taking photos just a bit more.

Anyways, I love photography. I love film. And I love sharing those things. Do you have anything that you love that might seem impractical? Do you love something, are fascinated by something? I hope so. It makes life just that much more enjoyable.